TPA Rotation During Legislative Session Was an Eye-Opening Experience 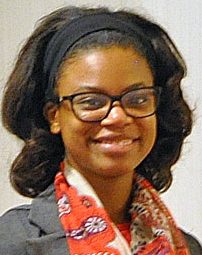 
When I first came to Nashville for the TPA rotation, I was very nervous about being in a new city, experiencing a very unique rotation, and seeing how a professional organization conducts its business from behind the scenes. Coming from a business background, I had some idea of how things were handled on the business side of the organization. However, I had no idea how much TPA is involved as it relates to passing bills and attempting to change laws that make things better for pharmacists, as well as for patients.

I learned so much about the legislative process and how important it is for pharmacists to inform their senators and representatives about many issues that affect them on a daily basis. For example, TPA was attempting to get a bill passed that would require TennCare to include their patients in a medication therapy management (MTM) program. For over 10 years, MTM has been successfully implemented in Medicare and Medicaid, and in some states, such as Ohio, it has shown a $4.40 to $1 return on investment. I have a personal vested interest in this bill because of the many MTMs that I completed and how grateful and appreciative each patient was that pharmacists were so concerned about their health and overall well-being. They were excited to have a healthcare provider spend that one-on-one time with them. MTMs allow pharmacists to develop personal relationships while improving patient health, which should be the main goals of all healthcare providers. [Editor’s Note: More information can be found in the TPA Summary: MTM in Medicaid. This legislation did not pass in 2016. TPA continues to advocate for MTM and other pharmacist-provided care for TennCare beneficiaries.]

Another exciting part of this rotation is just going to legislative sessions and seeing the heated debates between the senators and representatives on controversial topics. One of the most talked-about controversial bills was pharmacist-provided birth control for women. Similar bills have been successfully executed in both Oregon and California. It basically allows for any woman over the age of 18 to be given birth control for up to 3 years without seeing a physician. [Editor’s Note: More information can be found in the TPA Summary: Pharmacist-Provided Contraceptive Therapy. This legislation was passed and will become Public Chapter 942.]

One of the most exciting days for me was February 16th, as a spectator in the House Health Subcommittee. It was the first time I was able to witness how some of the decisions the legislators make can affect so many different people. For example, a really controversial bill was brought forth, stipulating that no person providing counseling services shall be required to counsel a client when doing so would conflict with the religious beliefs of the counselor. One particular example of this was whether or not a therapist had the right to deny same-sex couples proper counseling because they did not agree with their lifestyles. This was a very sensitive subject for many therapists and potential clients. Some felt that the legislation would allow for discrimination against people seeking their services, and others felt that it was appropriate because a counselor’s conflict of interest may affect how well he or she counsels patients. [Editor’s Note: This legislation was passed and will become Public Chapter 926.]

On this same day, another bill that upset many constituents would have required that an ultrasound be performed prior to an abortion and that mothers would be allowed to see the ultrasound before getting the procedure. Anything dealing with abortion is a very sensitive subject, so of course, this bill did not get passed.

The final and most controversial issue in the House Health Subcommittee that day was legislation to require physician-led patient care teams to oversee advanced practice registered nurses. So many nurses testified about how much education they had received and how there was no need for physician oversight. They also made the argument that there aren’t enough doctors to make this bill successful, that it would ultimately limit patient care, and that it may cause some practices run by advanced practice nurses to completely shut down. Needless to say, this bill did not get passed.

Overall, this rotation was an eye-opening experience. It made me more interested in the legislative process and how I should make a conscious effort to ensure I am informed on the possible laws that can be passed—especially laws related to healthcare and pharmacy. One bad bill can make or break an entire profession. As a future pharmacist, I will fully support TPA as it fights to make laws to improve our profession.

With your support for the "Center for Tennessee Pharmacy," the association's first-ever permanent home, we will build a stronger tomorrow for you, for pharmacy, and for our patients. Read more...

TPA Working for You

What's going on at TPA? Glad you asked!

Dates of interest to the pharmacy community.